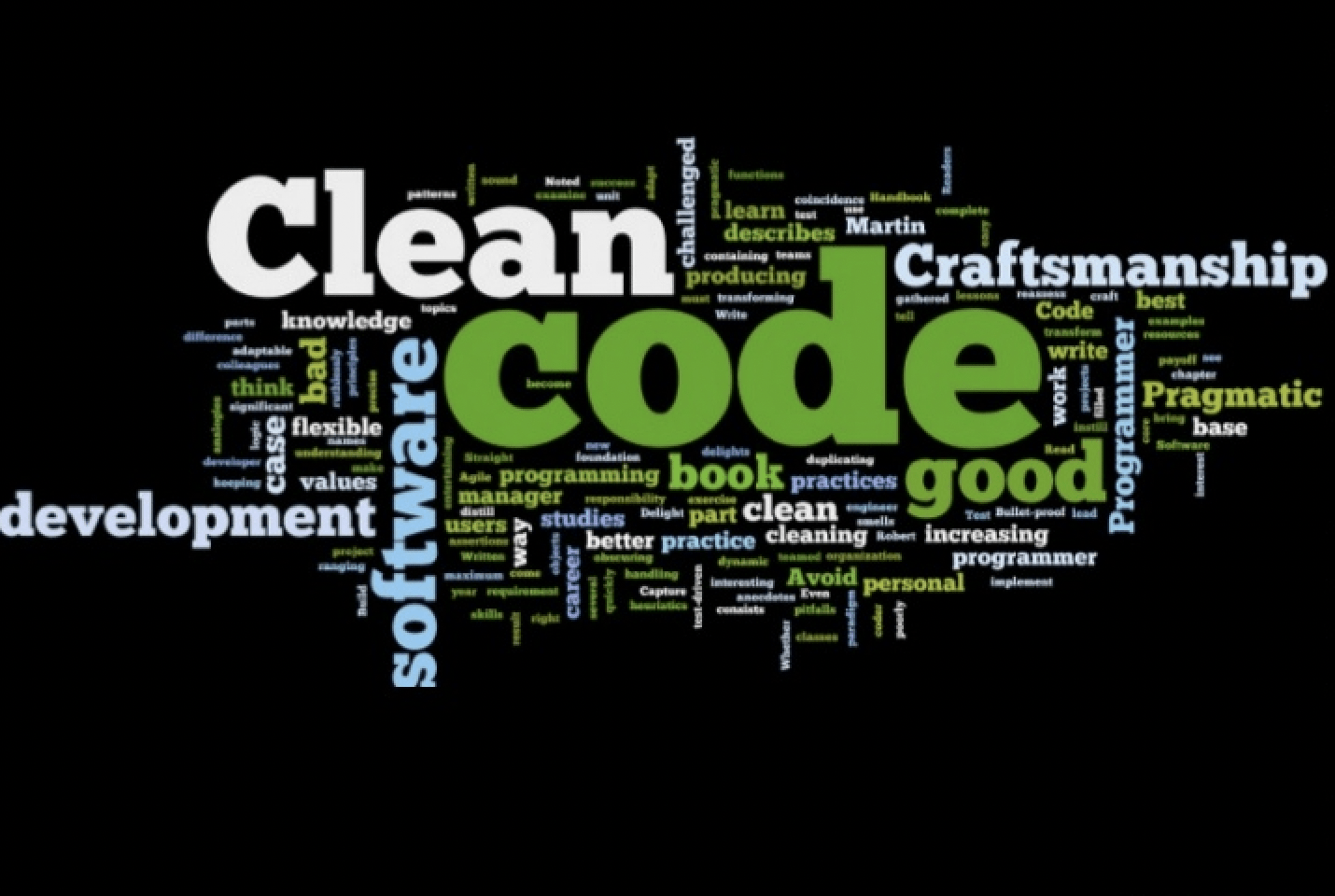 So what exactly does clean code mean? It is debatable and totally depends on one’s perspective. But as a developer, we have to write codes that others can easily read and understand or sometimes helps us look at the code after a long time period. In short, we can say that writing clean code enhances the clarity of the program. Clean code gives you a consistent & readable codebase that helps you to write readable, understandable, maintainable and easy to test and debug code. 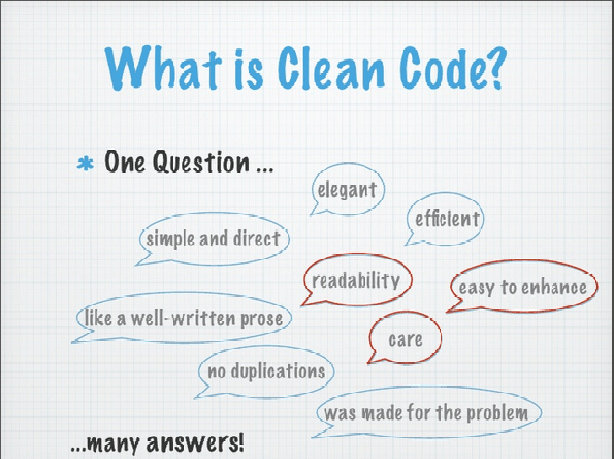 In order to write clean code, you have to use some coding principles and coding standards.

All of us who worked as software developers, At some point have heard, have experienced, had an idea, or have worked with SOLID principles. These principles have been long described and used in several programming languages. In case you have never heard about it, do not worry, this article is going to introduce a little about this acronym and its relationship with software development. 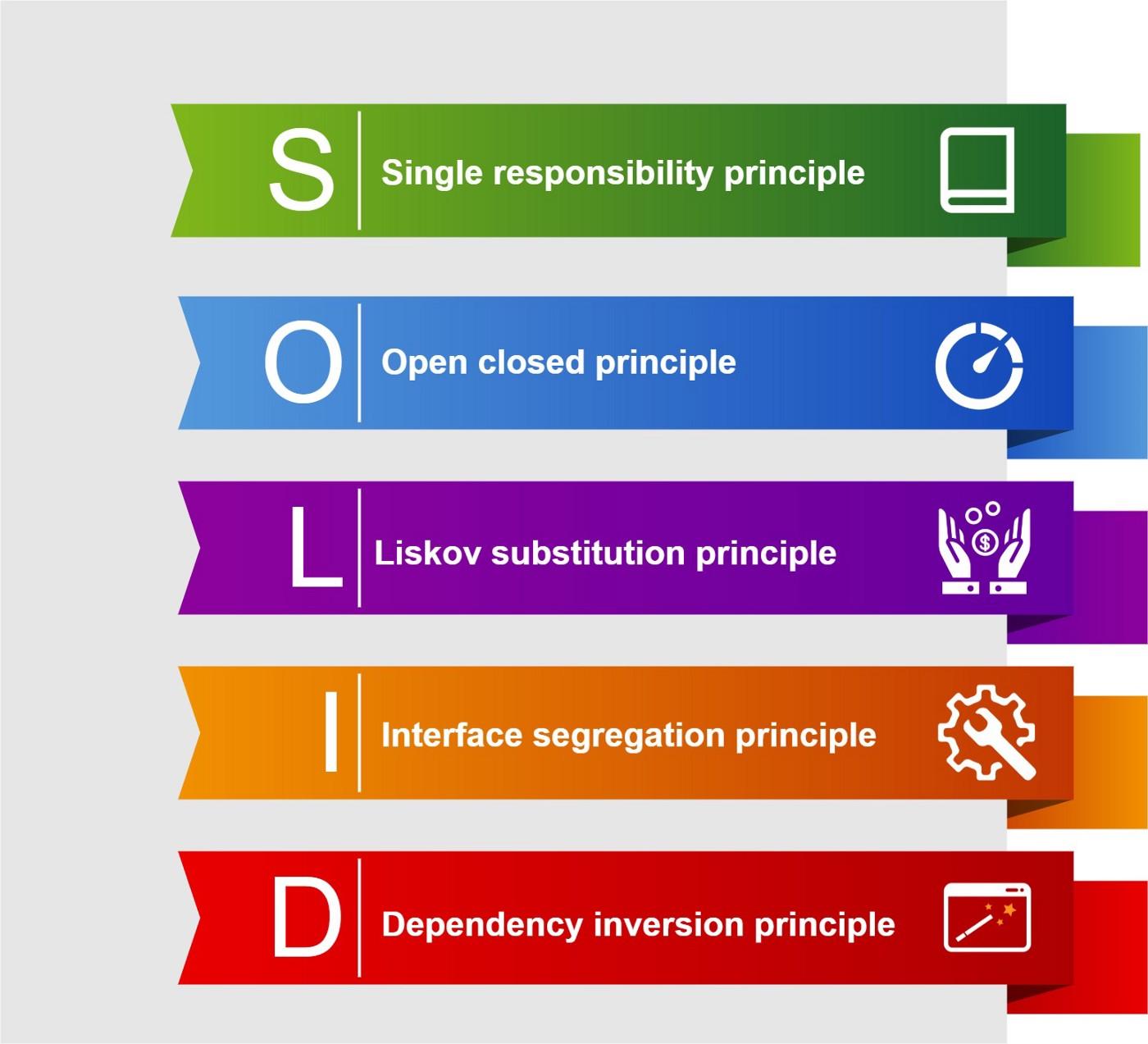 In this blog, we only discuss the Single Responsibility Principle and in the next blogs, we discuss other principles. 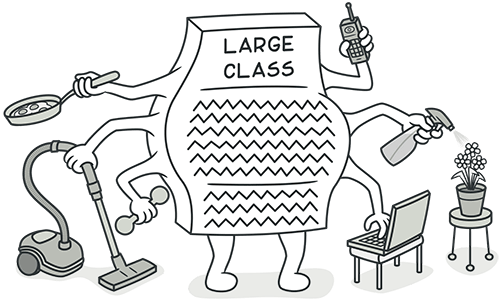 We usually violate this principle because it is hard to apply this pattern in terms of the number of files, classes/and or protocols that we needed to create.

We can detect this problem easily considering that:

we can understand it easily with an example 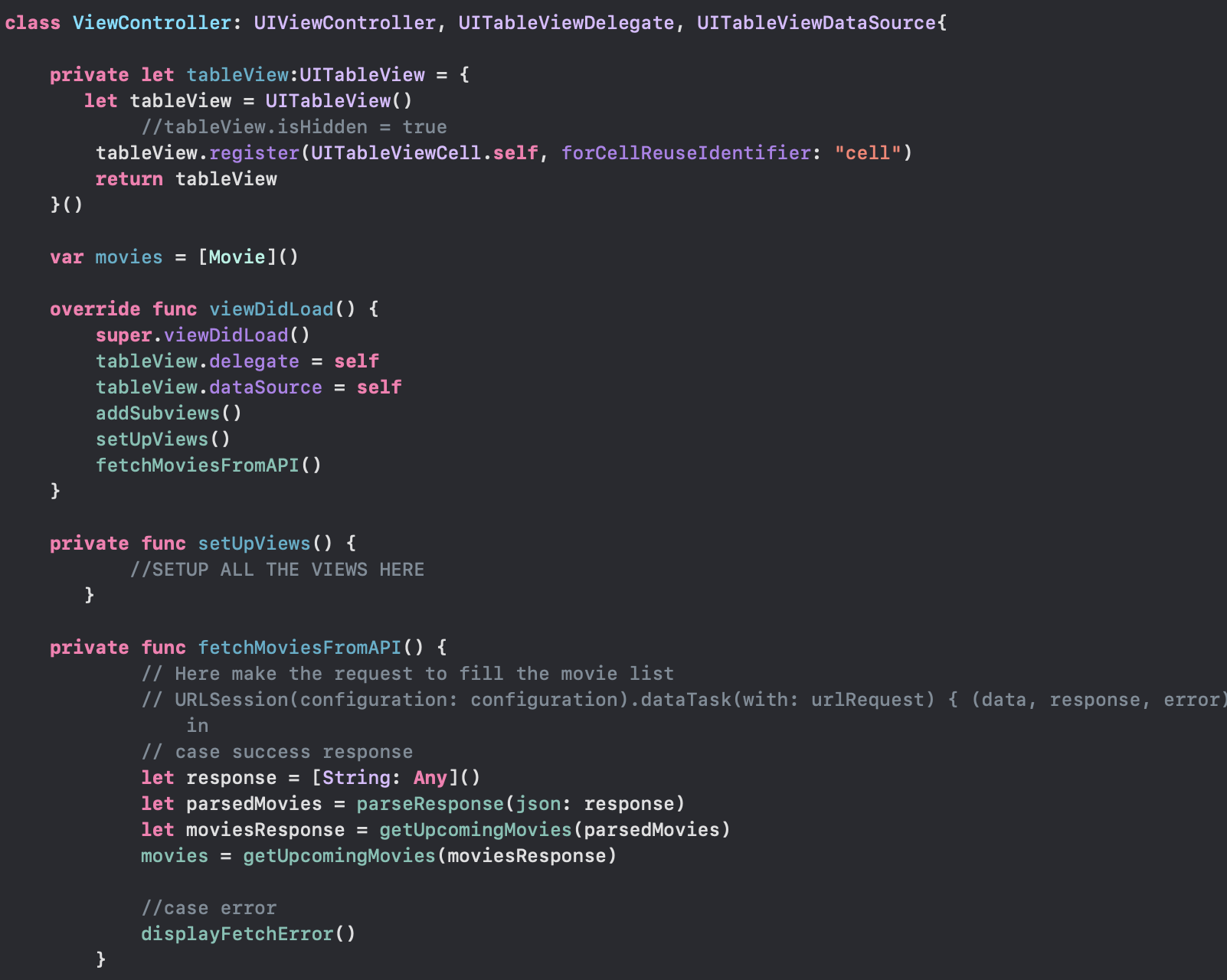 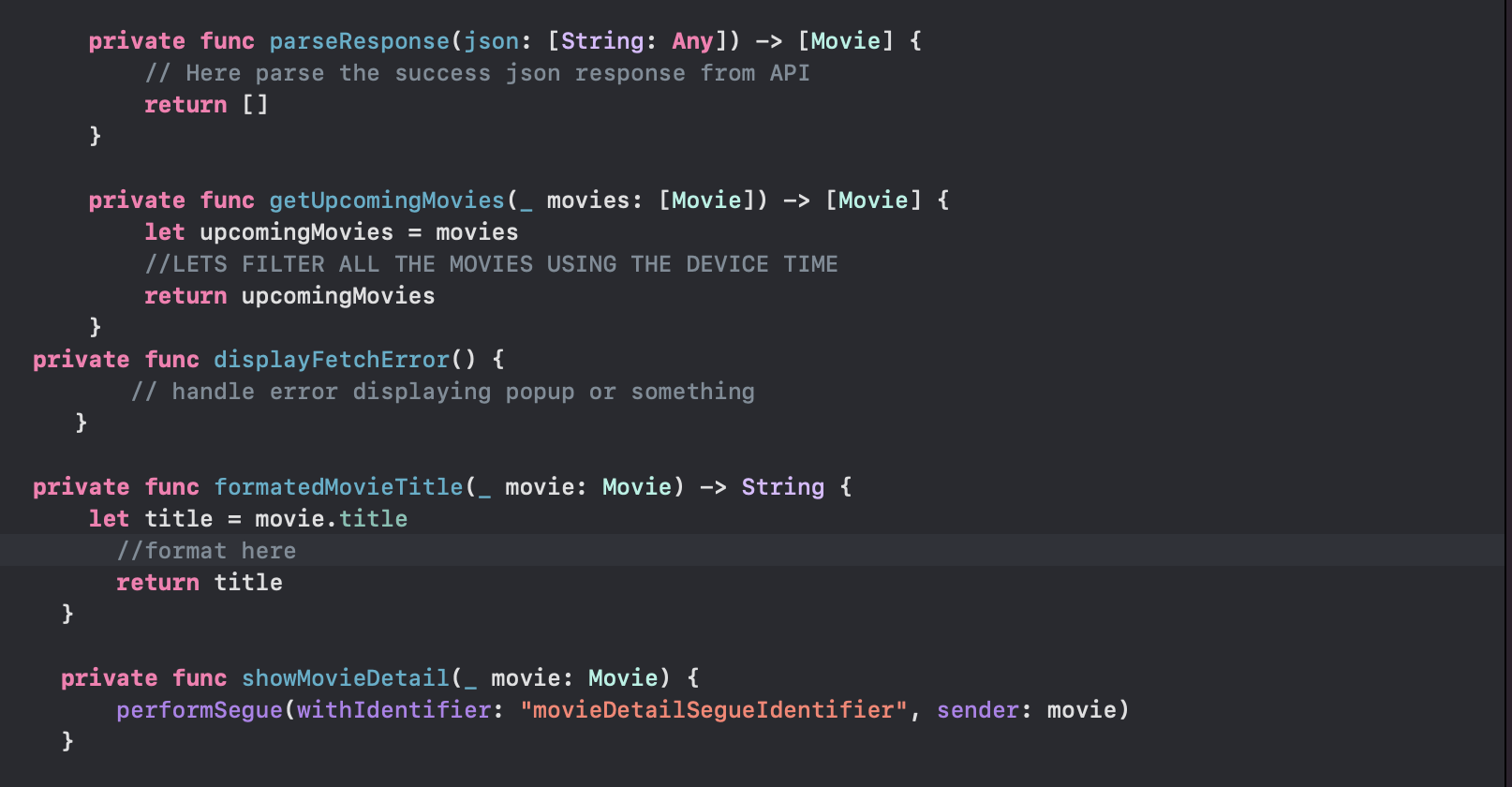 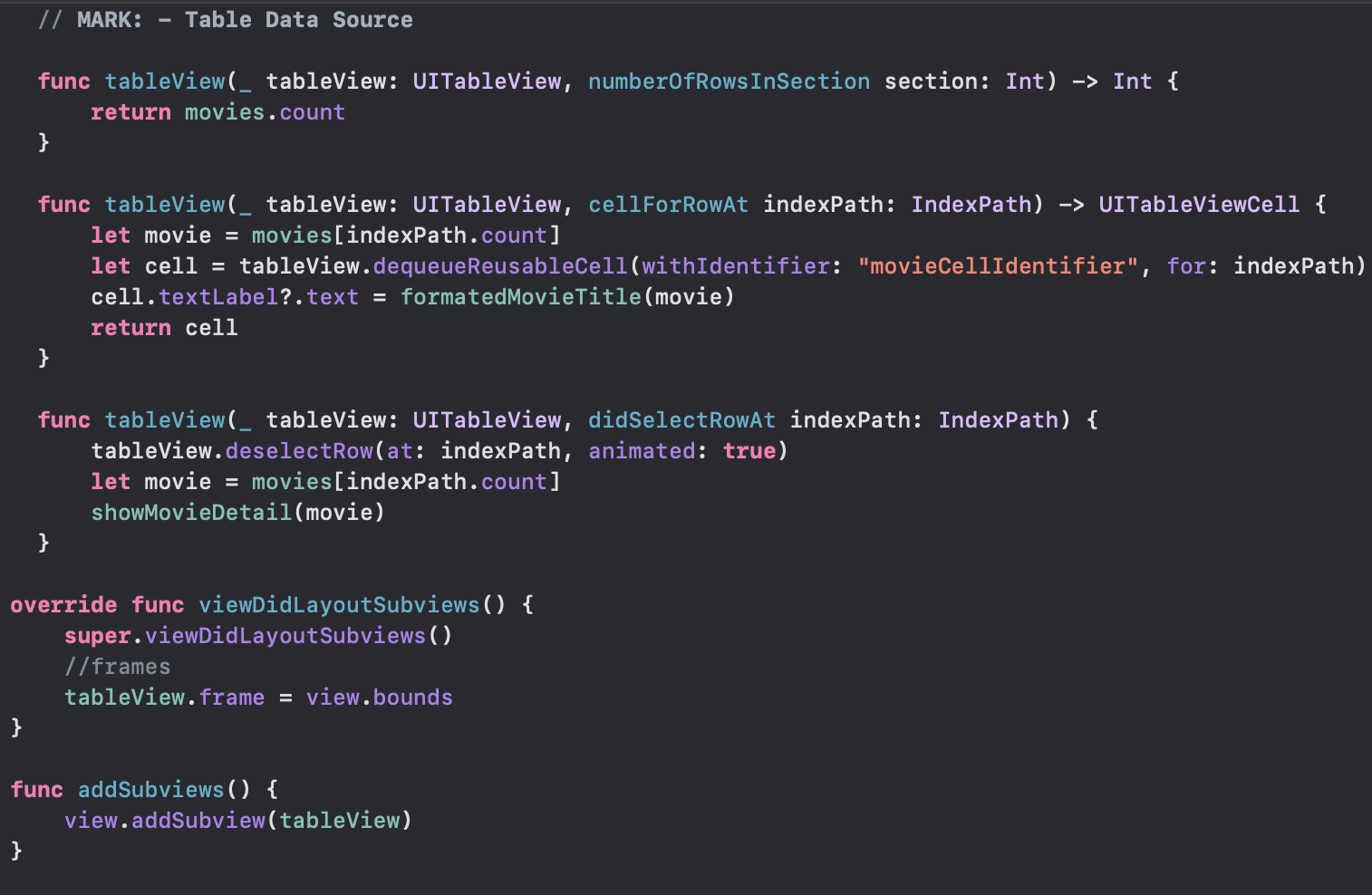 At a first look, this code looks perfectly fine. But this code breaks the single responsibility principle. There are different responsibilities that this class is trying to complete. That is a sign of bad design.

This class is handling so many responsibilities first it is trying to fetch data from API using the function fetchMoviesFromAPI() then parse it into another function parseResponse() and also displaying errors using displayFetchError() then filters the movie list to show just the upcoming movies, and finally reloads the table showing the cells, formatting the cell title and at the end displaying movie details on cell taping.

we can achieve the SRP by using Protocol, delegation and dividing the class into smaller parts at some places 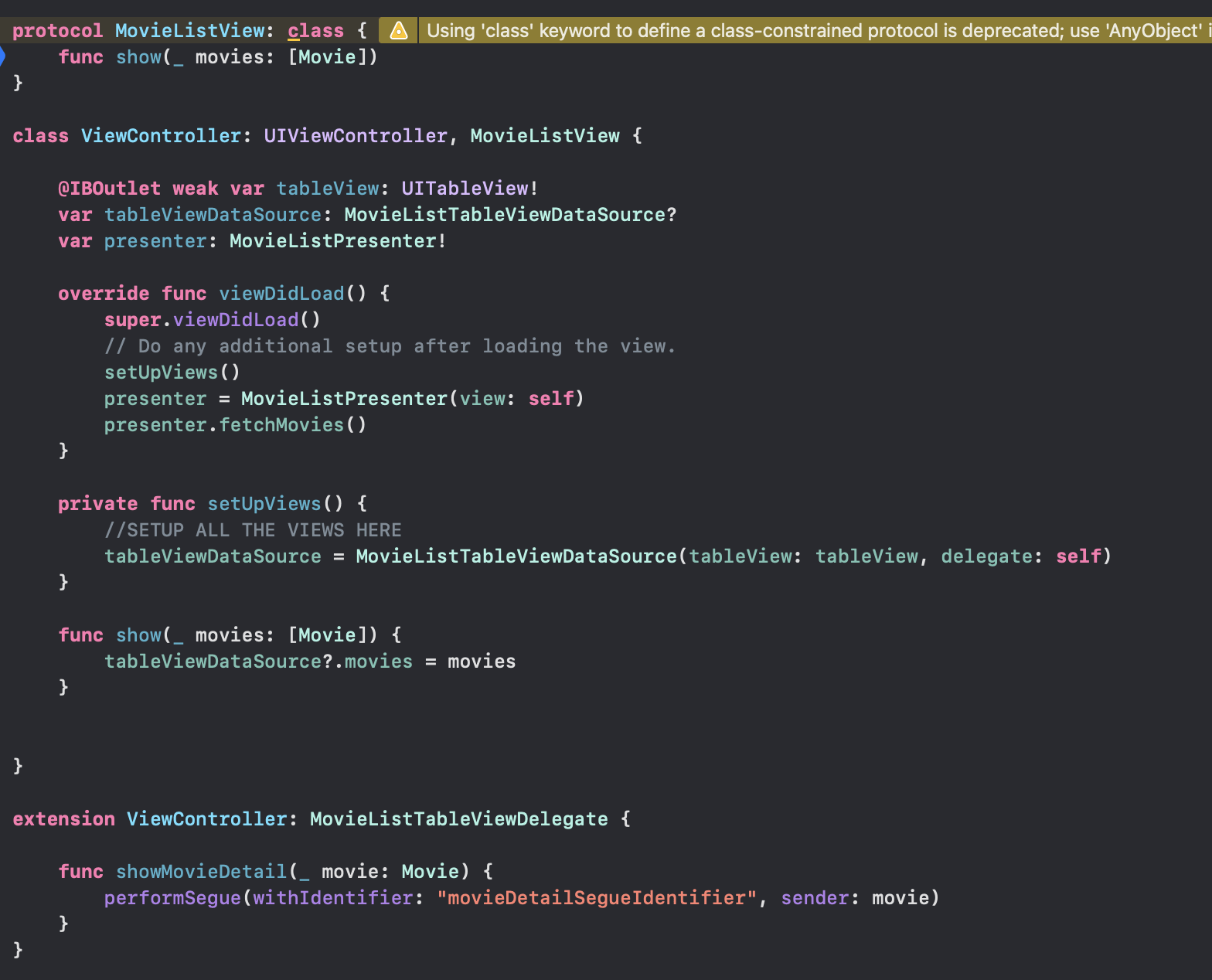 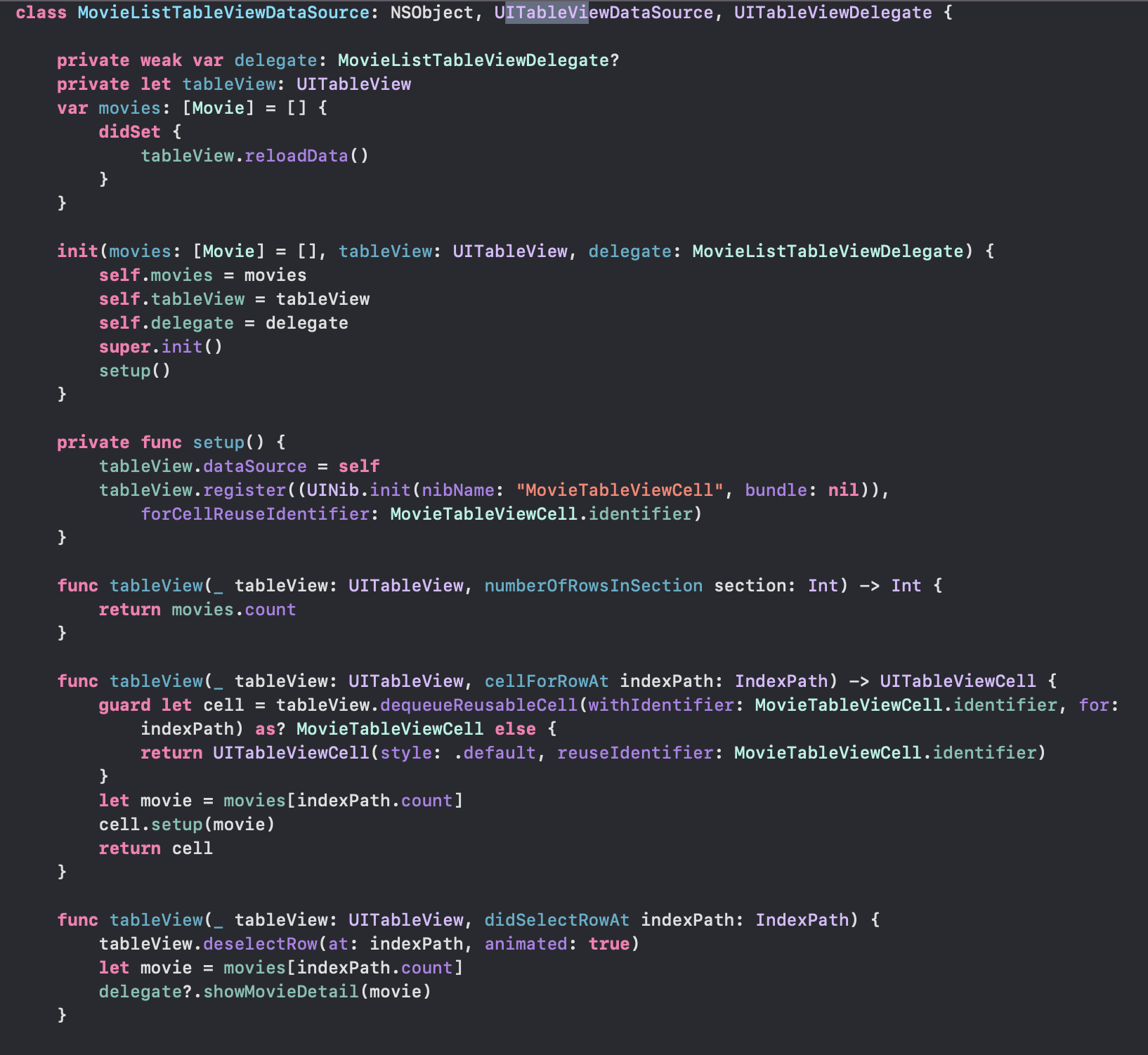 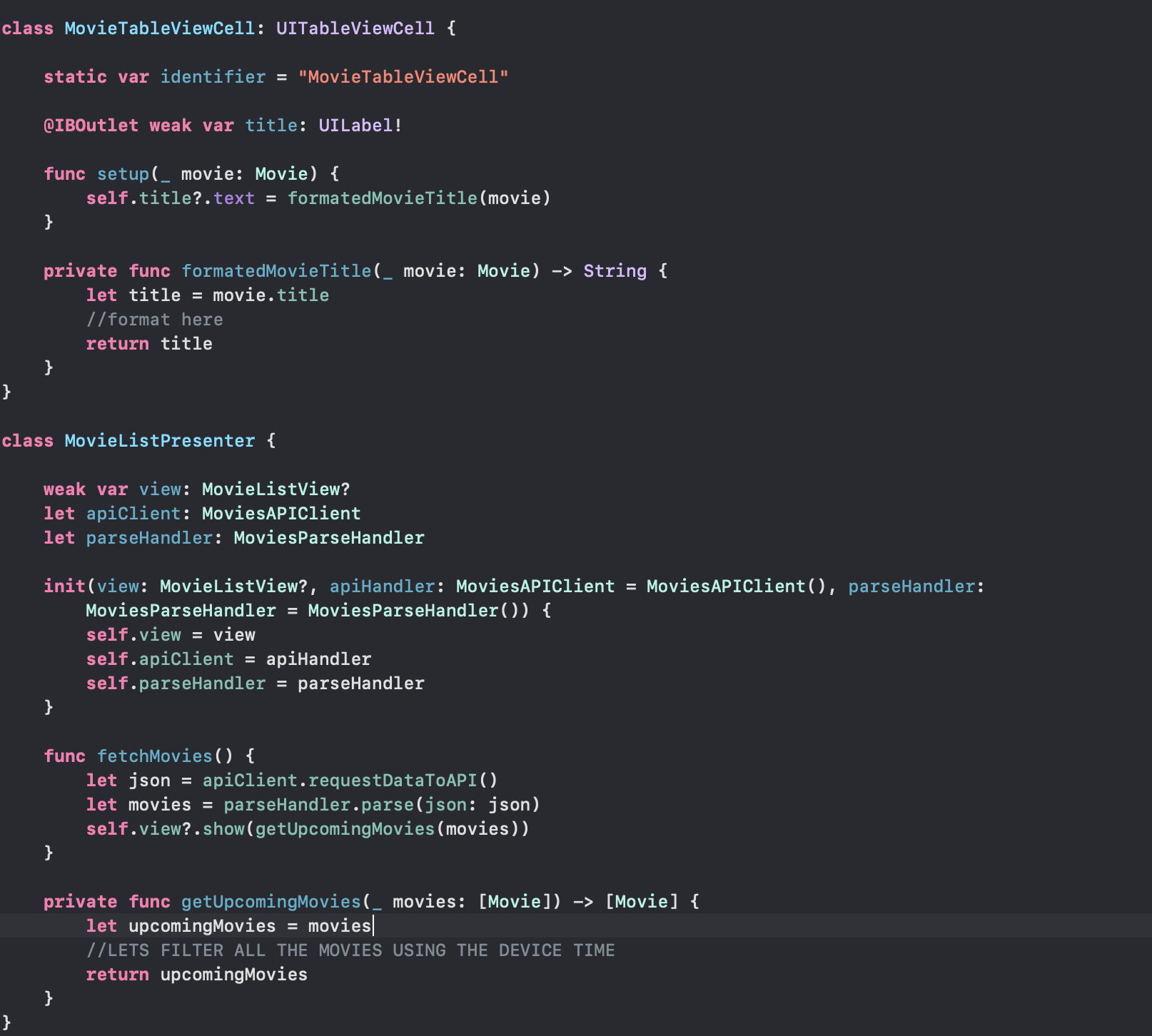 So, first, we’ve isolated the view responsibilities to just display the information in the View using protocols (MovieListView), delegation (MovieListTableViewDataSource), and MVP pattern (MovieListPresenter). We’ve moved the table data source job, creating a class that handles all the table work needed and the table view selection through delegates (MovieListTableViewDataSource). We’ve created a MovieListPresenter where we can handle the business logic and fetch data from the API using the MoviesAPIClient class. We parse that response using MovieParseHandler.

This principle helps you to create clean code where every class or protocol has only one set of responsibilities, but it also increases the number of code lines and a bit of complexity. To apply these concepts, you also have a basic understanding of design/architectural patterns. But this helps you while testing, debugging and maintaining the code.

How much it cost to make an app?

Why Full-Stack Developer Is The Only Skill, You Need?