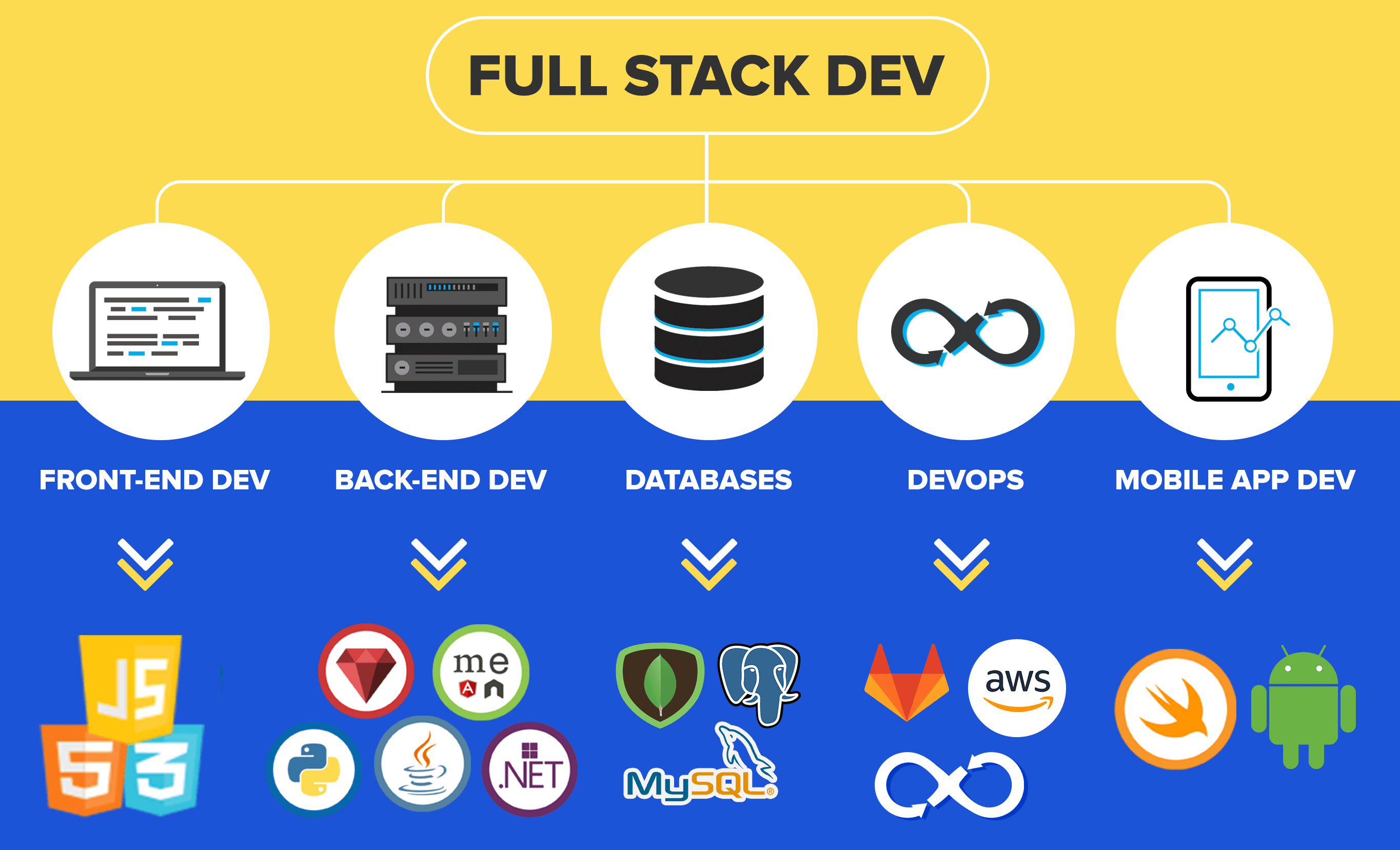 At present, billions of people all over the world use tablets and Smartphone’s that form the client side of the Full-Stack Mobile app Development. The server side is a collection of CDN assets, authenticating servers, and microservices which are assembling at run time in an application in every time are opened. The procedures connect them including continuous integration and continuous deployment, proprietary device requirements, testing, scaling, and containerization.

What is Full-Stack Mobile App Development

Full-Stack mobile app development means Native (iOS / Android) and Hybrid Apps, a developer who has the knowledge and skills to build an entire mobile app, from backend to middleware to front-end tools.

If you want to become a full-stack mobile app developer then need to understand or vision of the app development it includes:

To become a successful full-stack mobile app developer, you choose desirable features and the ability to lead the projects and effectively communicate understandable processes. The developers set up repositories, project management tools like Jira, communication apps like Slack. They must be familiar with databases, microservices, diverse client frameworks, and APIs. Finally, developers are capable to influence and support project management decisions. They share several qualities with the architect or project manager of an application for client and server stack abilities.

Normally when you want great performance then must be a citizen of that place. To achieve benefits from hybrid development, you are familiar with web tools and constructs. The developers have options for learning and familiar to use a language such as Swift or Kotlin, JavaScript and CSS. The potential for the developer to use one root set of components and styling for multiple devices, another benefit of hybrid development.

The server side of mobile development is the same as the web app development or desktop. The latest apps are installed on a device such as Google Play or the Apple Store. The functions of the server-side are tied to a single operating system. Apps of the device can be updated by using a particular service such as Ionic or Meteor. The data is interacted by using API calls, updating content via version control and ensuring scalability and persistence.

There are several features of full-stack mobile app development which are discussed below:-

It includes disk redundancy, database and containerization (such as Docker) for ensuring against reliability and data loss. If scalability is not properly executed, then several developers may become victims of their own achievement. Catching, CDN, and ability for adding and removing boxes from the network that all contribute to this phenomenon.

It is a great chance to reach earlier overlooked groups, which come from individual improvements like localization and accessibility language that can raise the value of the app to many viewers. If you are using variables in its place of text, then internalization and localization become broadly insignificant to apply. The best quality of accessibility is to still not taken the deep root in web content design. Numerous people who can use the feature of accessibility instead of users of Internet Explorer, for instance. If you think the size of the markets which are easy to serve, then the responsibility for mobile developers to rise to the occasion and fight to address these features. Each one of the features of accessibility brings rewards which are balanced by their impact on development time.

It is very important for current coders of apps on mobile to permit for updates which do not break an app or take it offline.

There are many places where feedback of user can give guidance to developers. It can include testing frameworks, make mechanisms, and receiving feedback of user through interface or session tracking to understand that people usually use an app or are blocked from using features of the app.

When it comes to deciding what the best approach technology is and tools you need then you can work with IPH Technologies to build your app, we have the best in the quality Full-Stack mobile app development team and our technology partners to have the exact technology stack you need. Whether you need to build native apps or Hybrid app development, our expert will help you in each step.