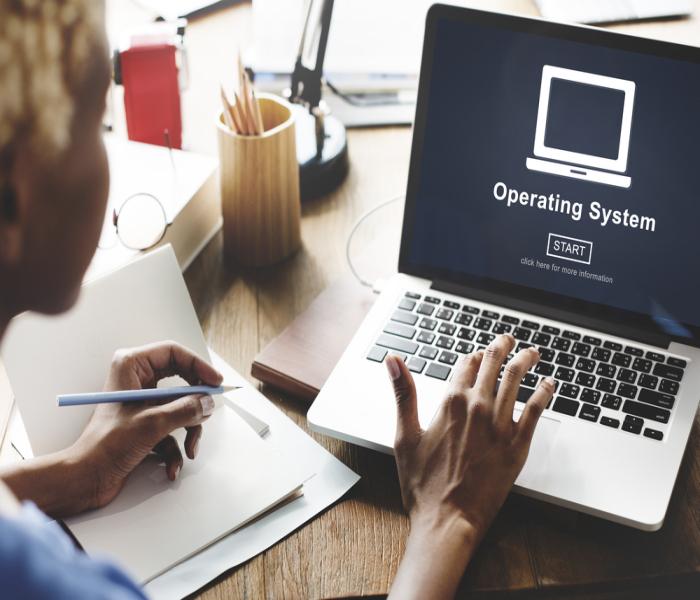 Device management in the operating system implies the management of the I/O devices such as a keyboard, magnetic tape, disk, printer, microphone, USB ports, scanner, camcorder etc. As well as the supporting units like control channels. The basics of I/O devices can fall into 3 categories:

Block device: it stores information in fixed-size block, each one with its own address. For example, disks.

Character device: it’s delivering or accepts a stream of characters. The individual characters are not addressable. For example, printers, keyboards etc.

The main functions of device management in the operating system

The OS peripheral devices can be categorized into 3: Dedicated, Shared, and Virtual. The differences among them are the functions of the characteristics of the devices as well as how they are managed by the Device Manager.

Such type of devices in the device management in operating system are dedicated or assigned to only one job at a time until that job releases them. Devices like printers, tape drivers, plotters etc. demand such allocation scheme since it would be awkward if several users share them at the same point of time. The disadvantages of such kind f devices s the inefficiency resulting from the allocation of the device to a single user for the entire duration of job execution even though the device is not put to use 100% of the time.

These devices are the combination of the first two types, and they are dedicated devices which are transformed into shared devices. For example, a printer converted into a shareable device via spooling program which re-routes all the print requests to a disk. A print job is not sent straight to the printer, instead, it goes to the disk(spool)until it is fully prepared with all the necessary sequences and formatting, then it goes to the printers. This technique can transform one printer into several virtual printers, which leads to better performance and use. 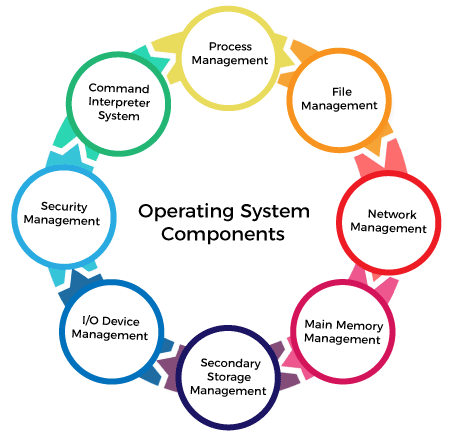 Ways to access a device in device management in operating system

In this, a CPU continuously checks the device status for exchanging data. The plus point is that it is simple, and the negative point is Â – Busy-waiting.

A device controller notifies the corresponding device driver about the availability of the device. The advantages can be a more efficient use of CPU cycles and the drawbacks can be data copying and movements and slow for character devices-one interrupt per keyboard input.

A device driver is an operating system component which is responsible for the hiding f complexity of an I/O device so that the OS can access various devices in a uniform manner.

A device controller performs conversion between serial bit stream and a block of bytes, do error correction if necessary and has 2 main components; a device registers to communicate with the CPU and a Data buffer that an OS can read or write.

To perform data movements, additional controller bought into use. The benefit of such a method is that the CPU is not involved in copying data, but a con is that a process cannot access in-transit data.

This methodology access advice makes use of two buffers so that while one is being used, the other is being filled. Such a way is quite popular in graphics and animation so that the viewer does not see the line-by-line scanning.

Both the reading/writing head moves and the disk spins. It is usually formatted on both sides and data is recorded on tracks. Typically, there is more than one disk(platter), and they are arranged in a stack on a common spindle and have Read/Write heads n both sides. All the heads move in unison.

It’s very fast when compared to its mobile counterpart, but it is expensive to manufacture and has less storage space as the tracks have to be positioned farther apart. They are often used in aircraft or space applications where speed is an important factor.

Data can be stored optically than magnetically due to advances in laser technology, for example, CDs and DVDs. Optical disks are usually single continuous spiral track and not tracks as a series of concentric circles. Magnetic disks spin at a constant speed, so the tracks on other outer rings of magnetic disks have to have larger sectors and those tracks nearer the center have small tracks. On the other hand, optical disks can change the speed to reading, so the sector size is the same in the outside or inside.

The 3 important performance measures in optical disk storage are data transfer rate(measures the amount of data that can be read from the disk, unit is megabytes per second-MB/s), average access time (measures how long it takes to move the disk head to a specific place on the disk, unit is milliseconds-ms), and cache size(it saves the data to be re-read again by the user and is measured n kilobytes-KB).

Components of an I/O system

The CPU makes a lot of I/O requests, and the I/O channels work to coordinate the devices to synchronize the fast speed of the CPU with the slower speeds of the I/O devices. The I/O control units are attached to several similar devices and control these devices based on instructions from the channel.

Read more: What is an Enterprise Resource Planning System